There was one finding in the Garcia Report into the 2018/2022 FIFA World Cup bidding process that was buried and mostly overlooked by media, especially in Australia.

Amid the conclusions, on page 341 of the document, was a paragraph or two on Peter Hargitay, the “consultant” hired by Football Federation Australia to apparently improve its bid chances.

Much has been written elsewhere about Hargitay, a man unfailingly championed by Les Murray, the editorial supervisor for Australia’s SBS Television, a former member of FIFA’s Ethics Committee, and unconditional cheerleader for the Australian bid and all its hangers on.

These paragraphs from Garcia, however, are a succinct summary of his evaluation of Hargitay’s contribution to the Australian bid:

“Mr. Hargitay responded in a timely way to written questions posed by the Investigatory Chamber. Unfortunately, those answers in many cases appeared to be contradicted by other material in the record, including Mr. Hargitay’s contemporaneous email communications.

It also appears there is a prima facie case that Mr. Hargitay violated the FCE and bid rules with respect to his role in the payment of AU $500,000 to Jack Warner’s Center of Excellence and in his emails concerning reimbursement by Australian the bid team for costs incurred by the Trinidad and Tobago U-20 team.

Any involvement by Mr. Hargitay or any entity affiliated with him in a future bid should be carefully reviewed by FIFA prior to approval. “ 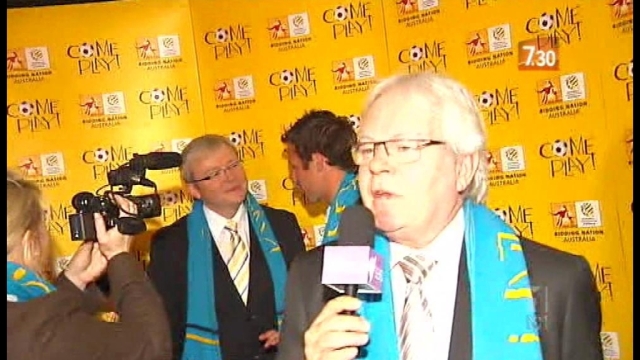 To borrow from the great Johnny Warren, who never suffered fools, we told you so.

For more on Les Murray and Peter Hargitay, you might want to read this insightful piece.

← The Saudi scandal has nothing to do with Islam or ‘culture’: it’s simply a snub
Chuck Blazer is Dead →