Inside the Qatar labor camps with The Workers Cup, a film with an alternative World Cup dream 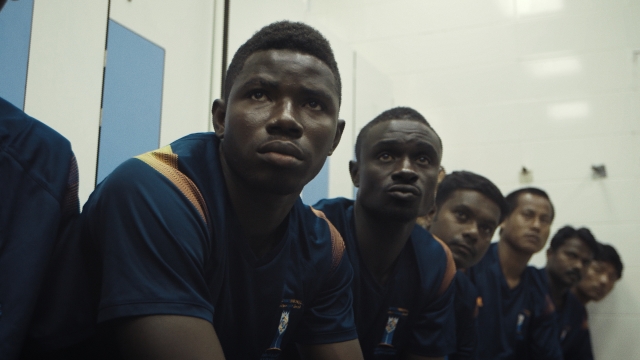 As most of us know, the 2022 World Cup in Qatar is being built on the backs of migrant workers – 1.6 million of them. Sixty percent of Qatar’s total population are laborers. That is six – zero.

The laborers come from India, Nepal, Bangladesh, the Philippines, and from parts of Africa. They come from the world’s poorest regions to build infrastructure so the World Cup can be hosted in the world’s richest country and make billions of dollars for FIFA, the tournament’s main beneficiary.

The Workers Cup is a documentary film that follows construction workers who live in a Qatari labor camp described by some of the workers as a prison. It’s a prison that holds up to 4000 men, all of whom are a long way from home.

Each year, The Workers Cup is contested by football teams made up of migrant laborers from the camps. The tournament is sponsored by the Qatar organizing committee and the players represent each construction company operating in Qatar.

Briefly, the players are stars, before risking their lives the next day on construction sites where, when they complete their work, the World Cup will host the world’s biggest and best players in 2022.

Check out the trailer below.