No – this is not a tin foil hat conspiracy theory that involves an illuminati. This is the real-life fall-out from the April bomb attack on the Borussia Dortmund team bus before the German team’s Champions League home game against Monaco.

Recap: The Borussia Dortmund team bus was on its way to the stadium when three explosive charges hidden in a nearby hedge were detonated as the bus passed. 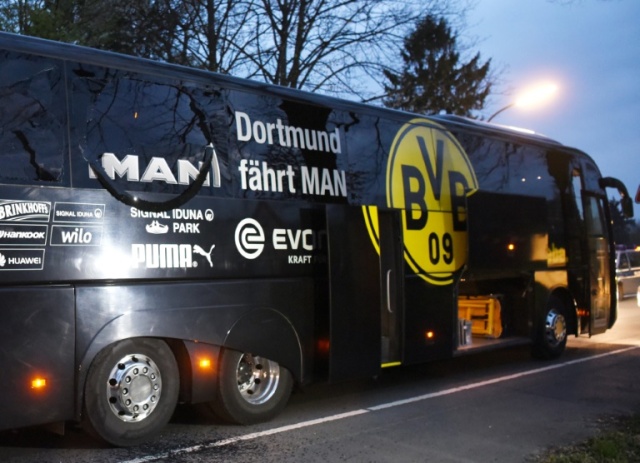 The game was postponed to the next day and Dortmund’s Spanish international Marc Bartra underwent surgery on a broken wrist after he was hit by flying glass.

The initial response to the attack pointed blame at Islamist groups after letters found at the scene referred to “Allah”. An Iraqi was arrested and then released when it was discovered he had nothing to do with anything (if “anything” mean previous ties to an Islamic State group).

Instead of extremist jihadis, investigators announced they had arrested a suspected perpetrator. The motive? Money. According to I24 News:

Anti-terror police working on behalf of the federal prosecutor’s office “have arrested a 28-year-old German-Russian national, Sergej W.,” a statement said, indicating the suspect was hoping to profit from a drop in the football team’s share price as a result of the attack.

As the saying doesn’t go, one man’s terrorist is another man’s profit-seeking terrorist. Or something like that.

The Dortmund attack brought back memories of the 2006 World Cup semi-final between Germany and Italy. On the day of the game, early in the afternoon, it was possible to walk right into the stadium, into the media facilities, and place a backpack in a locker and walk out to find a place to have lunch.

Without any security checks whatsoever.

We know this because I did it.